From the moment I found out I was having a girl – I had wanted to go on a retreat so to speak with her once she got older/old enough for an annual mom/daughter weekend – to grow our bond especially during those tween/teen years.

Because I have become obsessed with Ely – that’s where we were headed off to!

On the docket of fun:

Because I am a shade of crazy for Ely, and Northern Minnesota that I can’t quite convay to you on this blog – we got out the door by 5:30am {Why yes- I did pack everything into the car the night before!}! I had made a super fun playlist with hits from the Oakee Dokee Brothers, Jose Gonzalez, and Kruger Brothers.

We were off! Except a few miles into our trip I realized that our connection road to I-35 was closed down and I had planned on stopping for gas! Well finally after some twists and turns we found a gas station filled up on coffee, cocoa donuts and gasoline and we’re officially off!

Little miss slept most of the way up since it was still fully dark out and the miles ticked by. Finally we stopped at Bearhead state park for a bathroom break and to check out the campsites. A few of them are quite nice and I wouldn’t mind staying there. I’ve heard the group site is legendary!

Once up in Ely – we stopped by the Spirit of the Wilderness outfitters to pick up a map of Lake One. Little miss were headed to the end of the road of 169 to the Lake One entry point.

We paddled around for a bit. I had been warned that the Lake One entry point could be confusing, and true to form the twists and turns on the Kawishiwi River left me feeling a bit confused and little miss was freaked out in the Kayak! Oh vey! I made her paddle around with me though for an hour or so since I hauled the Kayak all the way up north.

After we lived it up on the river – we took out and drove back towards Ely to go hiking out to Kawishiwi Falls. We were the only car in the parking lot. It was sunny out and the leaves were in peak color on both the birch and the tamaraks. The walk was easy but a little errie since we were the only ones out there. I kept imagining a wolf to come by and snack on us like we were breakfast cereal, but all we encountered was a squirrel gathering nuts.

Miss K loved the view of the water falls. She wanted to get closer, but closer meant falling down a ravine – so I make her stay backed up. I was eager to get back to the car, but she was loving the private views of the waterfall.

Later that day we at lunch at the Grilled Cheese Imporium, shopped at Piragus, and visited the Kawishiwi River Ranger Station! 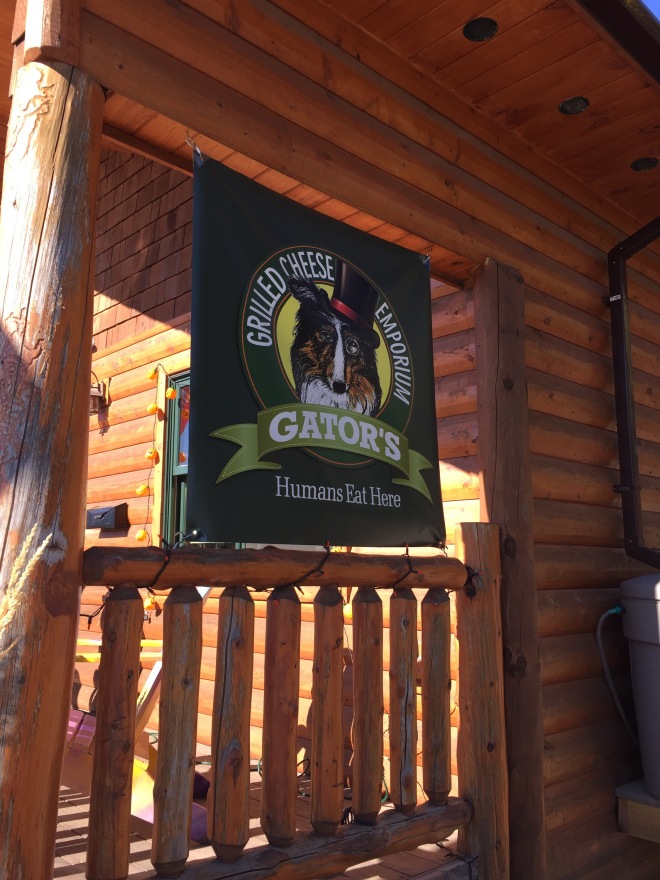 Dinner was at Insula which is by and far my new favorite restaurant of Ely. I had the ghost pepper cheeseburger (and a nice glass of Pinot) and little miss had chicken tenders.  Later we headed back to the bunkhouse to watch Big Hero 6 and go to bed.

The next morning we woke up to pitter-patter rain – and we were headed to the North American Bear Center. We spent quite a bit of time there taking in all of the sights – and then had a spot of lunch and headed back to the bunkhouse for a nap!

After naps it was still raining but too early for dinner so we headed to the Piragus Bookstore! We spent hours pouring over books until we realized they were closing, and ended up buying a few of them to take with us.

Dinner was at Sir G’s which was not as good as Insula – but the customer service was very nice. Miss K and I split a plate of spaghetti and salads.

Friday we spent the day at the International Wolf Center! I had been told not to get too “excited” about seeing the wolves as they are often alusive, but they were right up by the glass for the entire day. They had wolf hunting game, and several seminars which we stuck around for. 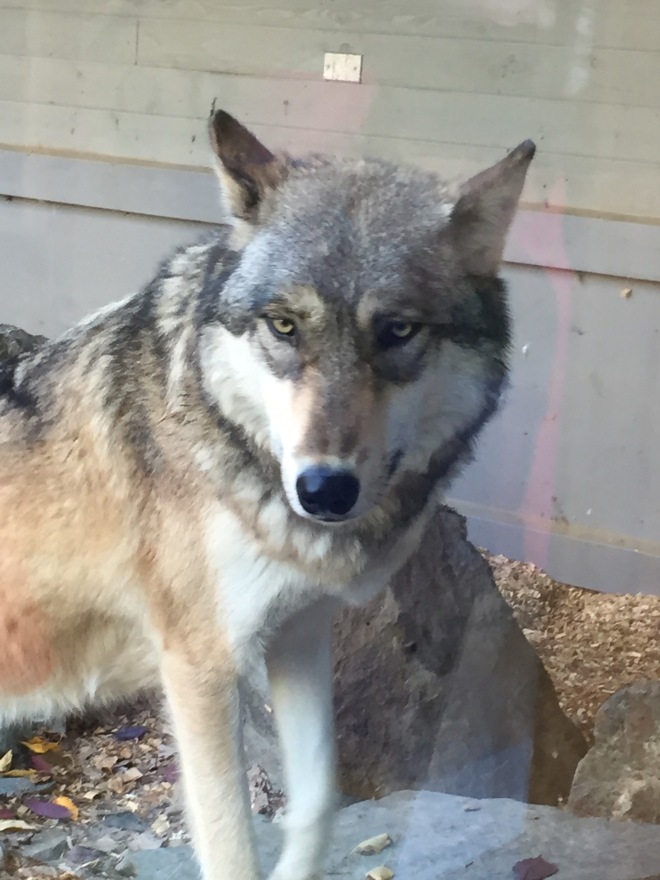 Then we headed off Hwy 1 to hike at Gabro. Again – the eerie feeling came back so we only hiked in a little while. Over my research last year I came to know of a large pack of known wolves in the area – so again I let fear get the better of me and took miss K up the Echo trail to Slim Lake. 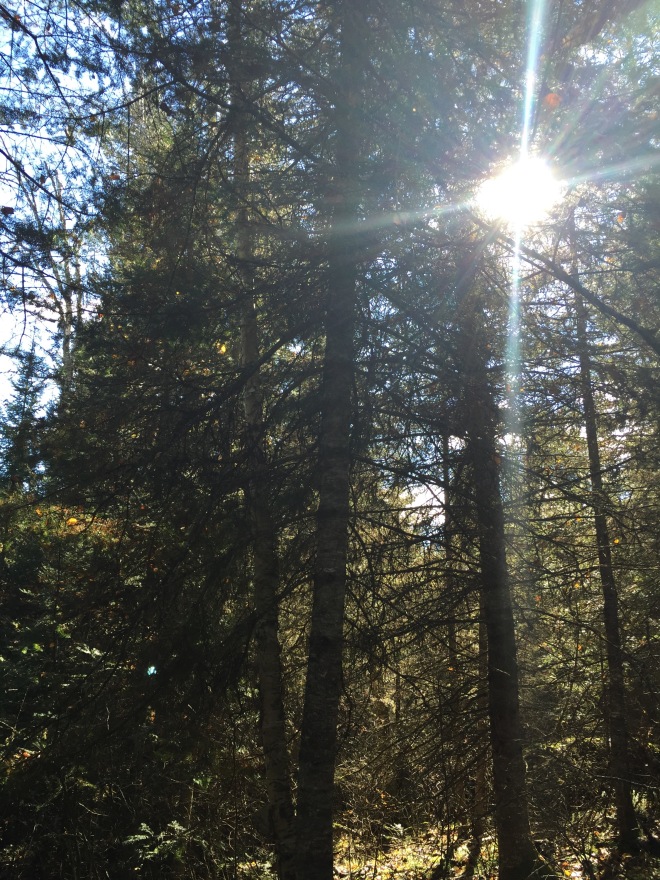 That hike was absolutely GORGEOUS as snow flurries poured down on us. The area suffered a burn a while ago – so the blackness of the chared stumps along with some vivid colors were eye popping. The lake as always was breathtaking! We skipped rocks for quite a while and I had none of that fear that I did on the other hikes.

We headed back to town eventually and went back to the Wolf Center until they too closed.

Dinner was at Insula and it was a hit again!

Later that evening I met up with my cousin and her husband and headed to their gorgeous log cabin on Burntside Lake. It was absolutely wonderful and their hospitality was lovely.

The next morning – around 5:30 a.m. we were packed in the car and headed to Grand Marais for Moose Madness!

Watching the sun rise over Hwy 1 was beyond epic! I was listening to a lot of Hillsong United so it tied in perfectly with the majesty of the moment. The twists and turns of the road were a blast in the dark I can hardly imagine how great they’d be in the light. I hope to take the Harley up on these roads some day!

We arrived in Grand Marais early in the morning and promptly stopped by Java Moose for a BWCA Mocha and Hot Chocolate for the little miss. Actually ran into someone I knew and after some hellos and have a good trips we finished up and drove up the Gunflint Trail for a bit and I determined we will be BACK on the Gunflint next fall for our Fall BWCA trip! It was so beautiful! After some time we went  to the visitor center to hit up Moose Madness.

Miss K earned some moose bucks and got a few fun items.

On our way back home we hit up nearly every State Park along the way including a trip down the Alpine Slide at Lutsen. 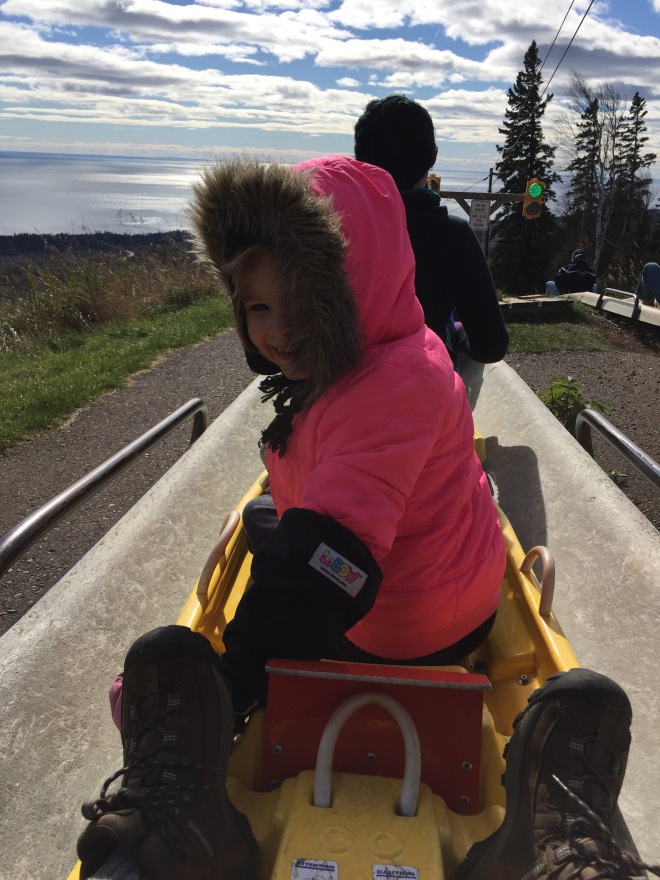 Finally on our way back home we hit up the North Shore favorites of the Split Rock Lighthouse and Gooseberry Falls. 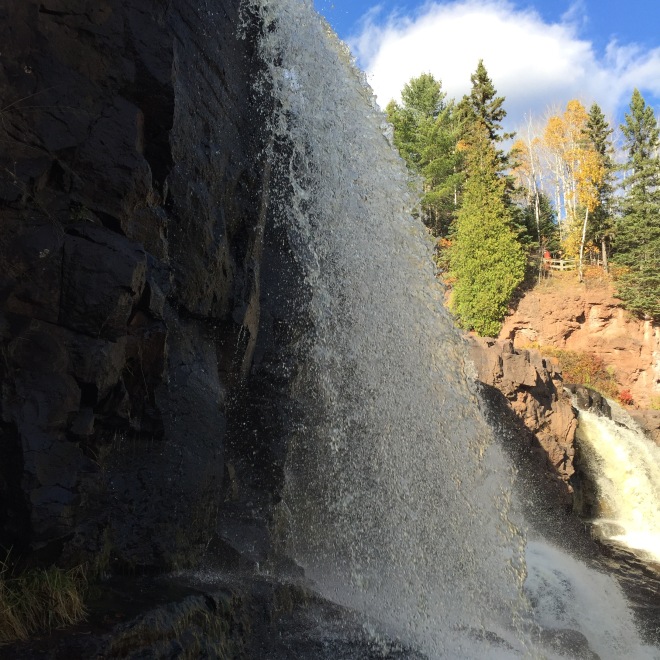 It was great getting back home to my own bed – but valued each and every moment with my daughter. We had an amazing time and definitely grew closer in our relationship!