Just over a month ago – a friend in my house group gave her faith story  where she talked about how this song by Amanda Cook – has helped her through some difficult seasons in her life. After she gave her testimony I jotted down the artist and song name, and immediately added it to my playlist on Spotify. Listening to it, and really enjoying it.

It wasn’t truly until two weeks ago that it began to really take hold. Our hearts are unbelievably broken as I shared with friends and the world on facebook that Niko is now running wild and free with Tyler & Eli. For those that didn’t know he was ill, just before Christmas he began acting strange, and it almost seemed as though he was going blind. After a few days and after him running into walls and trees we brought him into our vet who believed he had central blindness, and refered us to an Opthamologist.

The Opthamologist confirmed the blindness and said that we needed to see a veterinary neurologist. After consulting on the phone with one of the techs at the University of Minnesota – and learning that we’d have to spend several thousand dollars to maybe get an answer -and then another 10-20K for treatment on what was most likely a brain tumor we decided to love him up in the best way possible.

Unfortunately he progressed much faster than we thought he would. Within a month he could barely walk, was loosing control of his bowels and spending nearly all of his time sleeping.

I know for those that aren’t passionate about dogs it’s hard to understand that our dogs and pets are really so much more than just pets. The loss off three dogs, two of which were just puppies in 18 short months, shouldered by my dad’s death is a devastating blow, but I think about what Ann Voskamp once said, when speaking about being thankful for every gift that God has given us. To appreciate hard gifts as well. Because the hard gifts WILL BE for good… the good gifts will be FOREVER and the BEST GIFTS will be forthcoming. I love that.

I don’t think that my losses were gifts necessarily, but God can somehow make ugly situations beautiful.

My husband and I recently went to see the movie American Sniper. Both in the movie and in real life when a Navy man is in BUDS training one of the things the trainers make them to is walk out into the surf, sit down and let the waves crash over them again and again and again.

In  Amanda’s lyrics, You Make me Brave she sings, “As Your love, In wave after wave crashes over me, crashes over me. For You are for us, You are not against us..” and I look back and think about how true this is.

In the past six months I have leaned in close to God, and have been nearly drowned in His love. Just like the Navy Seals in BUDS training – its like walking out into the surf sitting down, and letting each wave of His grace, comfort and love just crash into you. The ocean is relentless, and God is relentless in his pursuit and love for us.

I am reminded of the promise that God made to His people in Jeremiah 29:11-14 “I know what I’m doing. I have it all planned out – plans to take care of you, not abandon you, plans to give you the future you hope for. When you call on me, when you come and pray to me, I’ll listen. When you come looking for me, you’ll find me. Yes, when you get serious about finding me and want it more than anything else, I’ll make sure you won’t be disappointed.” – God’s Decree (MSG)

I have found such truth in verse 14 – When you get serious about finding God, and drawing near to Him. Being in His word daily – filling up on worship music, and good christian books , and wanting more of Christ than anything else – you will be so covered – read – drowning in his love that it becomes like the air you breathe and something you will crave when you wake up each day.

Living in this state of Grace is unlike anything else I’ve ever experienced, and in that, God has made me unbelievably brave. How else could I cope with loss or deal with trouble, or difficult days , or plain old LIFE without him near me? I am living a BRAVE new life right now, and when he calls me out into the water – I don’t tread lightly but RUN to him as the Anchor that He is. 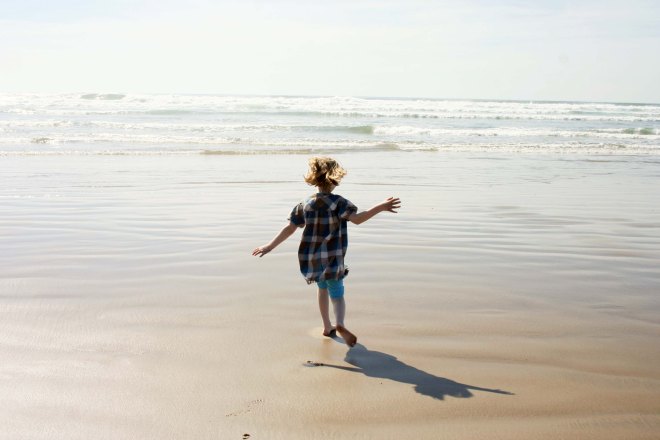 I’m half way through this series and with every post the anticipation is pregnant with excitement that I can hardly contain. Wednesday January 28th was permit issuing opener beginning at 9:00 a.m. My co-worker [who is also scheduling a trip this year] and I logged into bwcaw.org respectively on our computers at 8:45 a.m. and waited like children on Christmas morn waiting for their sleepy parents to arise from their slumber so that we could open our presents!

As soon as 9:00 a.m. rolled around I clicked submit and just like magic we have a permit reserved!

Suddenly the trip became all too real – we are no longer collecting ridiculously fancy camping equipment from REI, but are going on a real life wilderness adventure.  We began going over the list this past week on what we still need, and tasks we need to complete.

After some research on an outfitter for a canoe of course (because who wants to hump an 80lb canoe in? ) and perhaps lodging for the night – we found both through Canadian Waters Inc. Dan Waters and his wife Cathy have been in business since 1964 – and have been going on trips to the BWCAW since the 40s. Clearly they are qualified to take care of a little family 3 pack (plus a Jack Russell).

Canadian Waters not only rents/sells canoes, but also has a bunkhouse and will allow our JRT to bunk with us since we plan to take her on our adventure. After talking it over with my husband – we are planning to flat out purchase one of their 2013 models providing there aren’t too many patches on it, and that the gunwales are still in great condition.

After crunching the numbers – and because we plan to take possibly a summer trip and almost assuredly a fall trip – it would be foolish to us to rent, because in just this year the canoe would be basically paid for through rentals.

We’ve settled on the Boundary Waters We-Noh-nah canoe for its stability factor (since we are avid fisherman (and woman). Further our 1984 beast mode fiberglass canoe weighing in at 80lbs borrowed to us by our good friends has the exact same dimensions as the Boundary Waters model – and we’ve been in that several times with 3 adults and had an amazing time.

We’ve purchased some more food, and I plan to actually pack them in the bag to make sure that I don’t need to upgrade to the Granite Gear Quetico – over my current pack. (Mine is purple) (The difference of 20L).

Other than that – we’ve relented to the fact that we would be better off with individual sleeping bags (as opposed to humping our queen sleeping bag) and purchasing Thermarests with foam to keep us warm (and cozy) as well. Going over our list I realize we still need to purchase a few things over the next few months.

Here’s what we still need to purchase:
-2 Sleeping Bags (Miss K has one – so as long as its R rating is good – we only need 2)
-3 Thermarests
– Thermarest pillows for whoever wants one. (I do – I do)
-1 Boundary Waters Canoe from Canadian Waters, Inc
– 2 Paddles (I prefer the bent shaft)
–Lifeproof Case for my iPhone so I don’t have to carry in my “good camera” since i’m shooting a wedding 2 weeks after our trip and hello the iPhone 6 takes awesome photos
–Dog Lifejacket for Sadie our JRT – yes she can swim – but water temps will probably be in the 50s.
–Dog bowl travel system
–More Paracord (can you even have “too much”?
– SAT phone which we will rent from Canadian Waters. (For emergencies)
– New Fishing Poles (because who doesn’t want and excuse to buy new fishing gear?)

Now checking just today at the available permits – I’m so glad that I was on the ball as there are only 3 permits left for the time that we were planning to go (There were originally 8).

So – lots to do this next month. We need to reserve our bunkhouse, purchase the canoe (or at least put a deposit down on it) and finish packing to determine if I need to upgrade my pack since I am carrying the majority of our gear since Jason will be carrying the canoe – and we don’t expect our 7 year old to carry too much beyond her sleeping bag and thermarest. 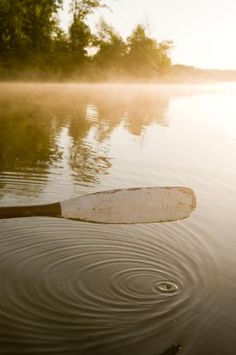 Nights are filled with gear lists, timelines, unrelenting research on the area we are going to, the general Ely area, and reading trip reports of others who’ve gone on the same route, and watching video podcasts and you tube videos for inspiration. To say I am obsessed may or may not be an understatement! I have no idea how I am supposed to wait another three months, but I’m up to a challenge, and would like to apologize to everyone around me for my boundless excitement lest I annoy you that is not my intention.