Jason’s cousin Annie had a beautiful baby today. Her name is Evie… or more formally Evelyn. She is absolutely beautiful! I got off work today around noon to close on the house, but first I took a quick pit-stop over to the hospital to give my Annie girl a high five and see Evie & Bryan too. You can’t forget about the dads! She had a planned c-section like I did, so no hugs, they hurt.

We were also supposed to close on our house [again]. What a bunch of who-whos! Closing got canceled at the last minute because their missing some piece of paper! Totally ridiculous. So… i took a half day of for nothing… although I did get to see Annie & Evie…. They’ve rescheduled for tomorrow at 5pm, so I don’t even have to get off work early,which is good,because its our staff retreat tomorrow so I wouldn’t be able to leave early anyways…. This is going to be officially the 3rd time we’ve gone to closing on our house. The first two times were for when we originally bought the house, and this last time is because we have re-financed the house to save a few hundred dollars each month, and pay off our bills and get on top again!

So. New life. A new baby, and a new financial beginning. –Kirra is doing amazing. I love coming home each day from work, and having her press her smooshed up face against the glass window to greet me, and then being so funny and hilarious in the evenings. She repeats virtually any thing you say…so our new phrase is “oh cool” or “oh awesome!”, and the best part is that she actually uses it in the right context!

She was a little pistol today however. When I got home she hadn’t napped yet, so she was pretty crabby and feisty. She just moaned and whined…so I told Jason, to straighten up the house,and i’ll take Kirra on a car ride… so… that’s what we did. I drove 54 miles and she took a nap the entire time! I also got to tour my county.

Food is still a battle sometimes. Jason has much better luck than I do. Usually for me, I think she gets so distracted that she wants to play with me, because she doesn’t see me all day, and sometimes all night, so when she DOES get to see me, she doesn’t want to waste the time eating. Our girl wants to PLAY! Tonight was an exception though. When we got back from our Tour de Nap I made Sesame Chicken Stir Fry and she gobbled it up and loved it and even called it nummy! YAY! The rest of the night we just played and looked at squirrels out the windows….

I just bought this great book yesterday and already i’m on page 60. Its about Asperger’s syndrome, which Alex my nephew has. So far its an amazing book, and provides great insight into the mind of someone with Asperger’s.. Jodi Picoult is famous for having a twist at the end of her stories, so i am interested to see what she will do at the end of this book, but also slightly nervous as well….
Well i’m off to read this book, and some bible, and go to bed. Ta-ta everyone. 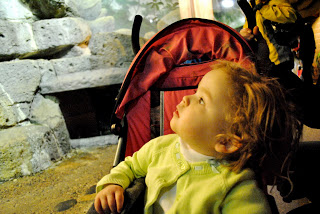 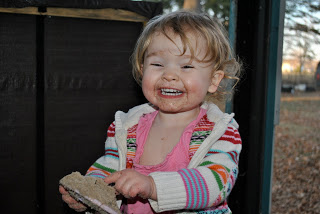 I’m so glad its finally spring out! Kirra has been absolutely LOVING playing outside, and it makes my training for my half marathon more enjoyable when I don’t have to be cold when I run! Here are some pictures of our trip to the zoo yesterday,and some others as well that I thought you might enjoy! 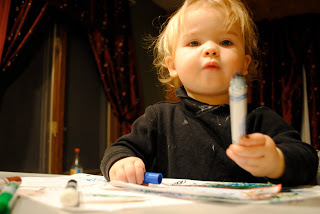 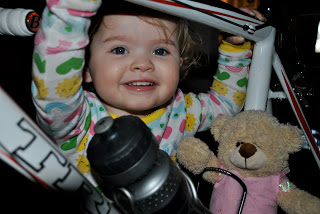 Well Kirra graduated from First Splash 1! She had and wonderful time in her class. We’ve signed her up again but class doesn’t start for another few weeks. Sleeping in her “Big Girl Bed” is going pretty good although she does try to get out a few times a night. Its not terrible though. We put a gate in her room so she can’t leave her room and that seems to work pretty good.
Here are some pictures from one of her classes 🙂 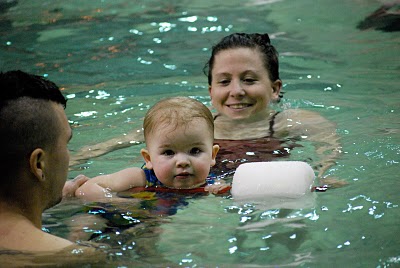 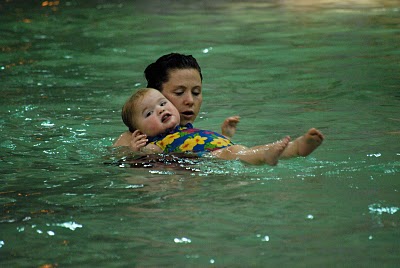 Wen’t down to the Stone Arch bridge last night to shoot some photos.

Here she is in her “Big Girl Bed”. I was very nervous when Jason called me at work, and told me he took the front off the bed. She really loves it though. It took a little coaxing to lay down,but within 15 minutes she stayed put. I’m holding my breath that this is just “beginners luck” but hopefully this works out.
We had swimming tonight, and we had to wait for about 10-15 minutes before we could swim because a child had a diapering accident, meaning they weren’t wearing one when they should have… so class got started late, but that also meant that we were able to stay later too. Kirra had fun swimming around, and is sort of in a round-about way learning to doggie paddle.  The session ends next Monday, and we’re strongly considering putting her in the level 2 class. She seems to really enjoy it.
Here’s one more photo for your enjoyment 🙂 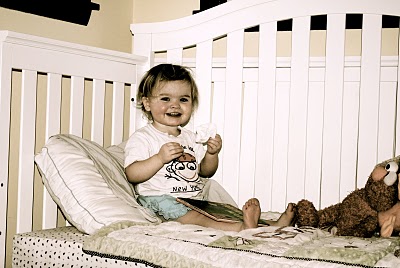