Up here in “Not Quite Hinterland” Minnesota we’ve been taking some lessons from “The Farm”.
Clarification – NO… in case you’re wondering I did not move to a farm, although I think that would be totally rad, and some of my co-workers might argue that I DON’T live on a farm….! The neighbors behind me do “farm hay” and drive a tractor, but no the extent of my farming is my new and improved vegetable garden, and my chicken coop!

This past week we both celebrated life, and death.

As you know (by my late post) we got chicks on Thursday night, and on Sunday… they were all dead… Our four day old pullets were attacked by our Jack Russell Terrier when she was able to get into the garage and get into the brooder. She killed all of them. Like a good mom I wanted to pull the old “gold fish” trick on my kid… you know the one where before your child even knows that the gold fish has died you’ve already gone and bought another one… I headed up to Runnings which is just like Fleet Farm only more “country” if you can imagine that… and got five new chicks. Afterall my husband had already started on the coop and was more than half way done! As they saying goes, “Have coop – will chicken”. I actually made that up, but why are you even surprised? We got three ISA Brown/Gold Stars, and two Black Australorp’s. 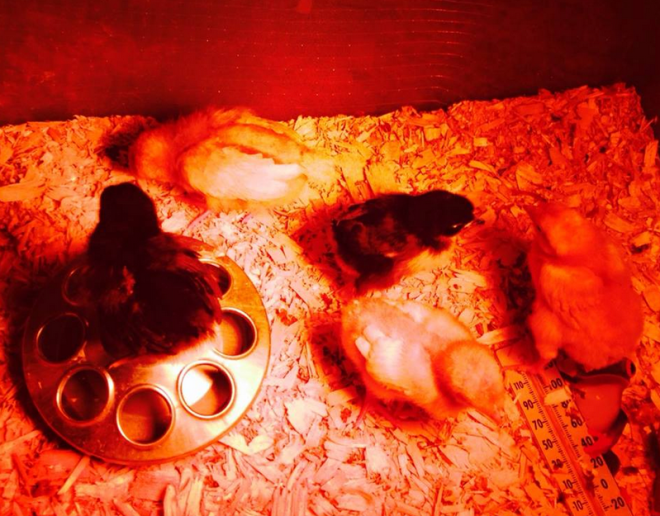 Once I got home my daughter ran into the garage and promptly announced, “Mom, they’ve already turned black!”…. I couldn’t hold the truth from her any longer and we had a discussion about the circle of life, and how Jack Russell Terriers are very naughty and are never to be trusted! We have our eye on you Sadie!

It took me several days to name the new chicks, but I think we’re set. The two Black Australorp’s are: Nathalie (K loves the name) and Lexie… and our ISA Brown’s are: Ruth, Naomi and Hope. Now yes of course I could have just “reused” the names, but it felt so wrong since already in four days I had become so attached to them. I know… and I kill chickens in August for meat, but this is sooo very different! Besides the broilers are never ever “cute”. 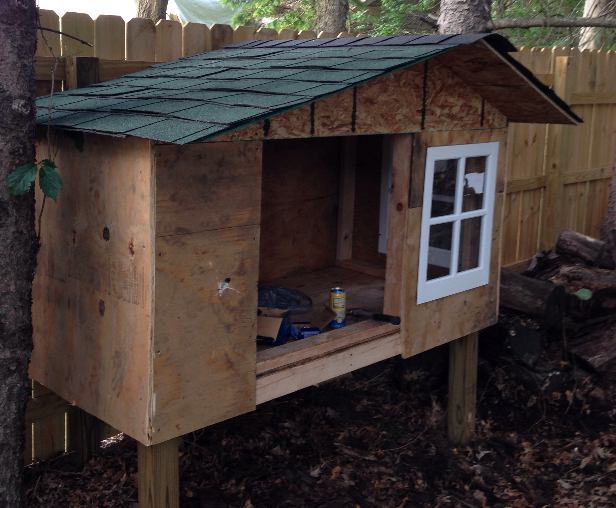 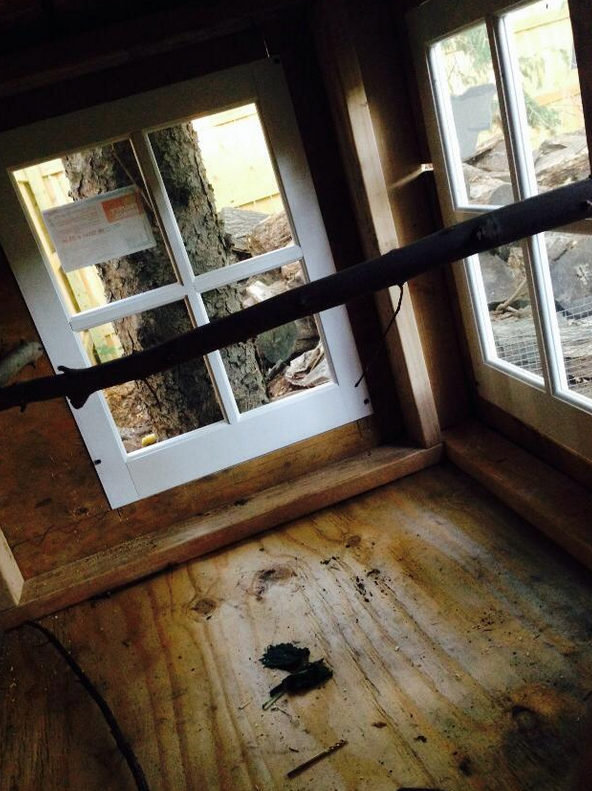 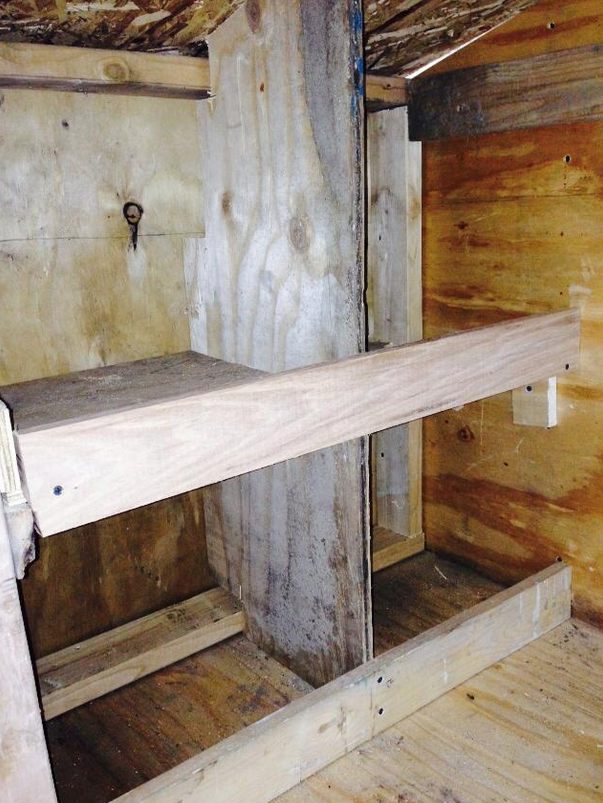 Roosting branches made of real branches 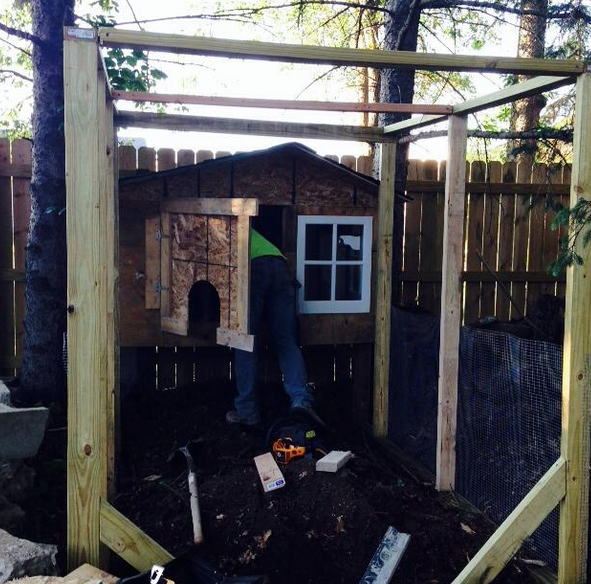 Coop and Run. They will be able to wander the backyard however when we’re home.

Summer:
Our daughter K is having a lot of fun so far this summer. Most of her friends are all done with school now, so its so hard to tell little miss that bedtime is still a priority! Two more weeks and she is DONE!

So far her and her group of friends from the neighborhood, and there are about 5-6 of them in total are total buddies, and have a little gang when they’re all hanging out which is rather cute. Just the other day I told little miss she could run out but she said, “ma… I don’t have shoes” and I said, “Girl… you just go barefoot! Its summer!” She was so excited that she got to run around the neighborhood and outside barefoot! Just watch… this weekend I’m even going to let her drink from the hose!

Really though… I want her to have a totally carefree summer. Free from rules and regulations and overly busy schedules! We are going to be total hipsters and fly by the seat of our pants. Its a lesson from the “farm”… take life how it is, because life is too short!